We want our guests to feel safe. Update on Covid-19 measures. Read more >

Pedestrian bridge over the Ombrone river

4 km away from San Lorenzo Farm there is the bicycle and pedestrian bridge over the Ombrone river, thanks to which you can reach the Maremma Regional Park by bike and enjoy in total freedom the wonderful trails of the protected area, the lush nature, and the beauty of the historical and cultural heritage kept within it.

The bridge over the Ombrone river can be reached in 20 minutes by bike directly from San Lorenzo Farm in total safety through a route that is only for bicycles and pedestrians.

We also invite you to discover our personalized proposals for cycle and pedestrian routes along the Ombrone River.

We suggest you to take the water route, the Ombrone river: on foot if you are a walker or by bike but in any case, with the spirit of “pilgrims” who go straight to their destination.

Green waters, marshy vegetation, woods and clearings: Ombrone is surrounded by the legend of Ambra, the beautiful nymph daughter of Artemis who was transformed into a rock by the jealous goddess to save it from Ombrone’s love. However, Ombrone still loves it, kisses it and licks it near Sasso d’Ombrone, to the point of consuming it, so much, so that it is now reduced to little more than a large stone.

“Crying is not bad when you cry for someone or something” still whispers the centenary cypress to Ombrone who inconsolably does not lose hope and caresses the rock: “bad is when you cry for nothing!”

Starting from Fattoria San Lorenzo (which can also provide you with trekking bikes) there is a path that leads first to the riverbank and then to the path that leads to the cycle and pedestrian bridge.

The pedestrian and cycle bridge over the Ombrone River created a connection between the Trappola road and the road towards Alberese and the Maremma Regional Park, a real jewel nestled among the Uccellina Mountains.

It is a steel bridge that could make us think of an impactful work that is not suited to pure, wild and uncontaminated nature but, in reality, the white of the structure, the momentum of over 70 meters and the wooden flooring make us imagine a creature that hovers in the air with a view to sustainable mobility, the anticipation of a flamingo or an egret that we will find spreading its wings in the heart of the Park, between the glow of the dawns and the fire of the sunsets.

When you arrive at the bridge over the Ombrone, at about twenty minutes by bike have elapsed since the departure from Fattoria San Lorenzo. 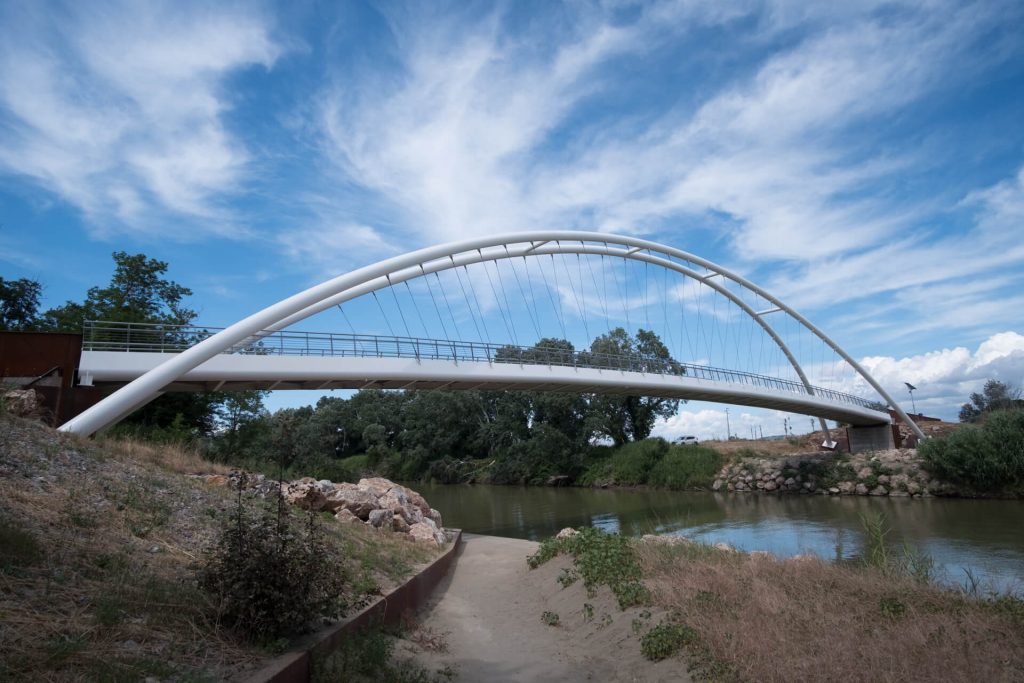 The location where the bridge is located bears the ancient name of “Pian di Barca”, due to its strategic position at the end of the ancient Via Aurelia. Since in the sad times of malaria, when the Maremma, and in particular the Alberese plain, was in the hands of brave men, no matter whether native Tuscans or transplanted Venetians, there was theneed to cross the river to transport men, goods or animals and there were no bridges. In fact, if we go back to the Roman era of the second century d. C., there was a bridge: it was the Devil’s Bridge that allowed the ancient Via Aurelia to cross the Ombrone and you can still see its ruins.

Unfortunately, between the two world wars there was only the “boat”, or rather a large raft tied to a rope capable of which beefy men, real characters who still live in the collective imagination of the Alberesini, carried from one shore to the other to ferry a cargo in any case precious.

You will find yourself at the point where the Ombrone is at the height of its life: born a mountain stream, in the Grosseto area, it lies down like an adult in its maturity, runs through the Maremma Regional Park and only at the end of its course will it flow into the sea a Bocca d’Ombrone (another stop not to be missed).

Once you have crossed the bridge you can reach the Maremma Park and you can continue, through a specific internal itinerary towards the hamlet of Alberese or, turning right in the Spergolaia locality, follow the direction of Marina d’Alberese. 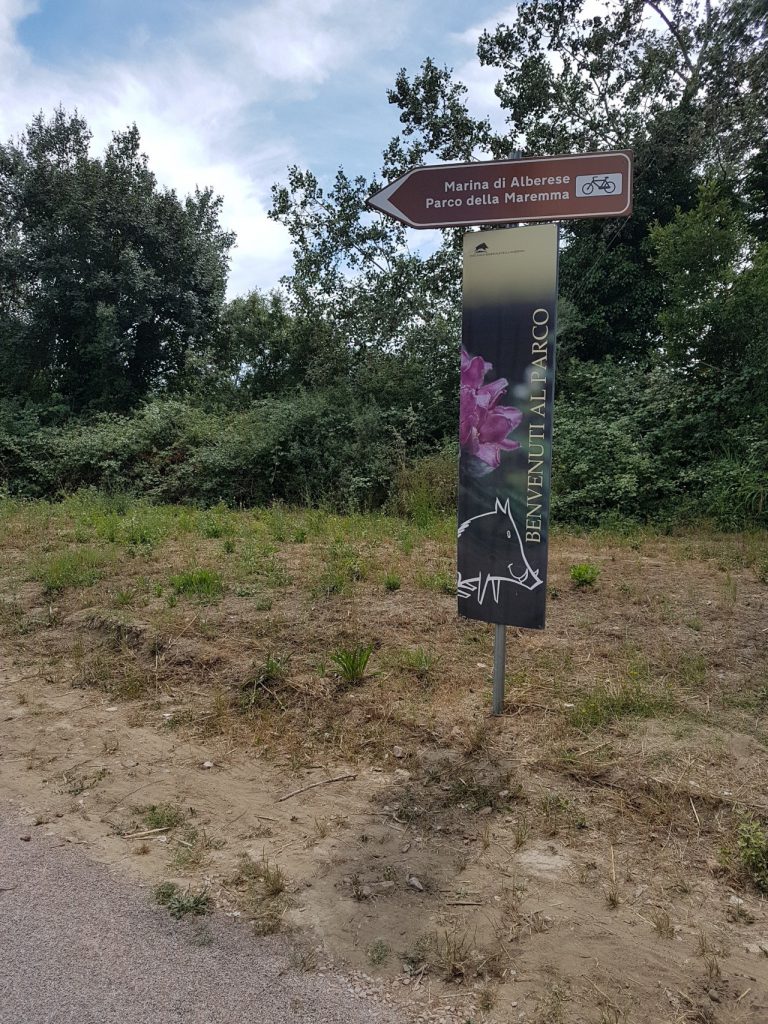